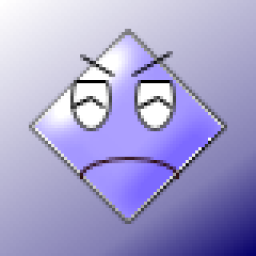 On their journey, Luffy and Roronoa Zoro find themselves in Orange Town- a village being attacked by the pirate Buggy The Clown.

They meet Nami, who has stolen a map of the Grand Line, and she joins them on their quest.

The Orange Town Arc And The Buggy Pirates

This Arc is part of the East Blue Saga and is the second arc of one piece. The Orange Town Arc follows the Romance Dawn Arc.

Luffy and Zoro were out at sea, lost and starving.

Luffy spots a bird and uses his rubber man Devil Fruit powers to try and catch a bird so that they could eat it, but the bird turned out to be much larger than expected and flew off with Luffy in its mouth.

Zoro rowed after him but came across three pirates struggling in the ocean. The pirates leapt onto Zoro's vessel in an attempt to take it from him as he sailed past them, but were quickly beaten by Zoro.

After coming to, the pirates apologized for their actions, Having heard of his reputation as a pirate hunter.

They then explained how they had come across the small boat drifting at sea with only a woman aboard. She had begged for food and water in exchange for her treasured chest.

They decided to check the chest first, only to find it empty. A sudden maelstrom appeared sunk the small boat along with the pirates.

While a pirate ship designed as a carousel is docked near the town of Orange Town, one of the pirates on board spots Luffy and the bird. The captain is alerted and ordered to shoot it down.

In the town, the same girl who had robbed the pirates is running away from three more angry pirates. They are yelling at her to return a map of the Grand Line she stole.

An explosion halts their chase for a moment and something crashes in front of them. As Luffy emerges from the smoke, he is unharmed and wonders what shot at him.

The girl suddenly has an idea and calls Luffy "boss", asking him to take care of the pirates.

The pirates crowd around Luffy, one of them striking his head and knocking off his straw hat. This angers Luffy, who then easily defeats all three with a few punches.

Nami while watching is impressed by his abilities; she introduces herself as Nami, a thief specializing in robbing pirates.

Nami smiled sinisterly as she suggested a team-up to Luffy. It was perfect timing, too; he had just let slip that he was a pirate.

When Luffy naively revealed his ambitions, Nami quickly changed her mind and tricked Luffy into letting her tie him up.

She presented him to Buggy, from whom she had stolen a map (which is why she had been being chased earlier).

At first, Buggy was angry over the theft.

But when Nami stated she wished to join his crew after a "falling out with her boss," he threw a party instead.

Luffy was locked up in a cage during the celebration, and things seemed to be going according to Nami's plan...that is, until she was told to fire a cannon (Buggy Balls) on Luffy after he insulted Buggy.

Nami couldn't bring herself to kill Luffy and had to defend both Luffy and herself from Buggy's crew. Zoro found Buggy's ship and saved them both.

At that time Zoro enters and fights with Buggy and cuts him into pieces with his sword.

When Zoro thinks that Buggy is dead at that instant Buggy uses his separate hand and attacks Zoro.

At that time Buggy reveals that he also ate a Devil Fruit (Chop-Chop Fruit).

He explains that no sword will harm him. After successfully escaping, Zoro, Nami, and Luffy reach an abandoned town.

They are greeted by a dog named Chouchou who is the current guard of the late owner's shop.

The mayor explains to Nami and the others how the pup came to be in charge of the town.

Nami and the Mayor escape while Zoro stays behind to heal his wounds.

Luffy is still stuck in a cage at this point, but he manages to escape when Richie swipes at the cage and sends Luffy into a house, breaking the cage.

Chouchou does his best to defend the pet shop, but he's no match for the huge lion.

When Luffy returns to the scene, he sees that the pet shop has been burned down and Chouchou is heartbroken over it.

He then confronts Mohji and Richie, defeating both of them easily before taking the last box of dog food from the store and giving it to Chouchou.

When Nami sees a pirate fighting for someone other than themselves, it surprises and inspires Boodle to confront Buggy.

Although this nearly gets Boodle killed, Luffy saves him before he, Zoro and Nami take on Buggy.

Zoro fights with Cabaji, Buggy's henchman and swordsman,ediately after being savagely beaten by him regardless of his injuries. Luffy fights Buggy while Nami sneaks off to find Buggy's treasure.

Nami steals his treasure trove however she is stopped when discovered by Buggy.

He sets off once more in an attempt to apprehend Nami but is stopped short by a determined Luffy.

As Buggy prepares for another attack on Luffy, Nami ties some of his stolen body parts together, leaving him vulnerable.

Buggy is left with just his hands, feet and head as Luffy sends him flying. Nami thanks Luffy and agrees to partner up with him as she gives him the map of the Grand Line.

As the trio starts to relax, the townspeople come back into the town and demand answers from their mayor, who is knocked out.

Luffy replies that they are pirates and he simply felt like knocking him out.

The townspeople chase them out of town, but they manage to lose them thanks to Chouchou's intervention.

Boodle wakes up and sets after them himself just as Luffy, Zoro, and Nami leave the island on two small boats.

To Nami's surprise, Luffy had deliberately left one of her treasure bags behind worth 5,000,000 Berries to help the people of Orange Town rebuild their homes.

Nami tells Luffy that he should never do something like that again if they want to continue sailing towards the Grand Line.

What episode is the Orange Town arc?

The Orange Town Arc consists of episodes 4-8, and is a total of 5 episodes.

What does Nami steal from Buggy?

Nami stole a treasure trove from Buggy, which included a map of the Grand Line.